← more from
BBE
Get fresh music recommendations delivered to your inbox every Friday.
We've updated our Terms of Use. You can review the changes here. 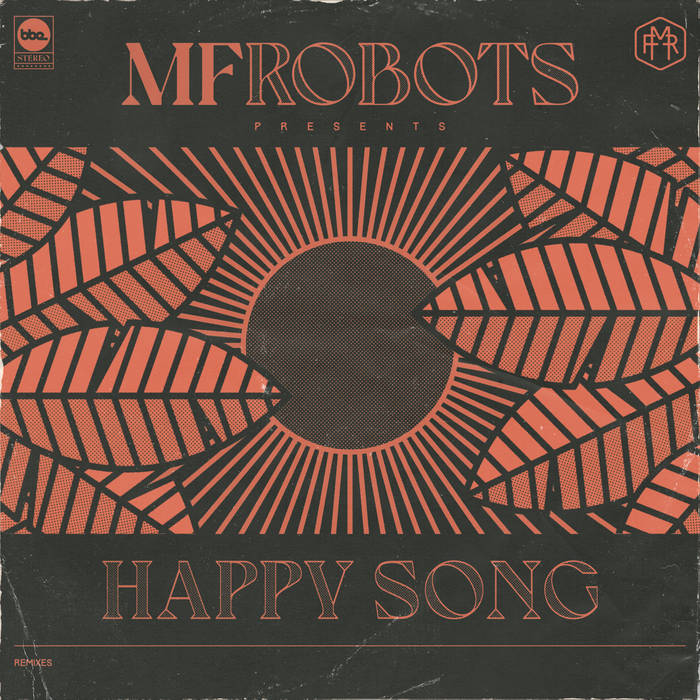 It’s only right that Kenny Dope should be the first producer to remix Jan Kincaid and Dawn Joseph’s new MF Robots project, considering the trio’s shared musical history. Kenny Dope began reworking Jan’s ‘Brand New Heavies’ material back in the early 90’s as one half of Masters At Work, helping the band reach club-land over and over again with a series of iconic remixes, recorded during the golden era of MAW’s output.

It’s no surprise then that there’s more than a hint of that special, Latin sunshine-infused mid-90’s House sound in Kenny’s rework of Happy Song, which showcases Dawn’s impeccable vocals over an infectious rhythm track and ultra-funky horn stabs. An instrumental version of Kenny’s mix is also included for the House purists, as well as the full, extended original version of Happy Song, packed with tight musicianship and more than its fair share of great grooves.

Pioneers of the UK Broken Beat movement and contributors to its most emblematic group, Bugz In The Attic, it seems almost inconceivable that Kaidi Tatham & Daz-I-Kue have never actually worked on a remix together before. As strange as it may sound, it’s true, and their powerhouse rework of ‘Happy Song’ is most definitely worth the wait.

Meeting in 2013 while recording and performing with one of the UK’s most commercially successful Acid Jazz bands, legendary UK drummer Jan Kincaid and vocalist Dawn Joseph discovered immediate musical chemistry and began writing songs together right away. They soon left the band to concentrate on their own work, starting MF Robots (Music For Robots) and releasing an eponymous debut in 2018. The album was so well received that the duo soon morphed into a band as they found themselves in-demand at venues and festivals all over Europe.

Forthcoming long player ‘Break The Wall’ represents a new benchmark for Jan and Dawn, reflecting the MF Robots project coalescing and maturing while fine-tuning their material, both on the road and in the studio.

Bandcamp Daily  your guide to the world of Bandcamp